Featured Teachers
September 21, 2014
Kelleen Leslie has been teaching for seven years, exclusively in the fourth grade. She is currently teaching in Utah’s Jordan School District and serves on the district’s arts committee.
Kelleen attended the BYU ARTS Partnership’s Arts Academy her second year teaching, had a BYU Arts Bridge scholar the year after that, and attends the partnership’s ARTS Express, a two-day conference, during the summer each year.
In addition, she attended a week-long teacher seminar at the National Gallery of Art in Washington DC. where she further enhanced her skill set in teaching with the arts. When she began teaching she wanted to gather and embrace all the quality educational resources she could, and she has certainly done that.

Why the Arts for Kelleen?

“Kids will learn better and retain better and have a lot more fun if you integrate the arts,” Kelleen says. Her training in arts integration has “made all the difference. It’s a lot more fun, and that’s the way kids learn.”
She has certainly felt the pressure to stop integrating the arts and start drilling test-focused curriculum into her students. She said teachers are bombarded with “just do testing.” However, Kelleen believes that if her students are not having fun in the classroom, if they don’t want to be in school, there’s a problem right from the start. She says the arts help with that.

How Kelleen Implements the Arts

Kelleen starts her day every day with the brain dance, and when she makes her curriculum map, she makes sure to work some form of art into her unit. “It may be 5 minutes of something; it may be small,”she said, but having it planned means she makes sure to fit it in. Her students’ learning is filled with arts integration. 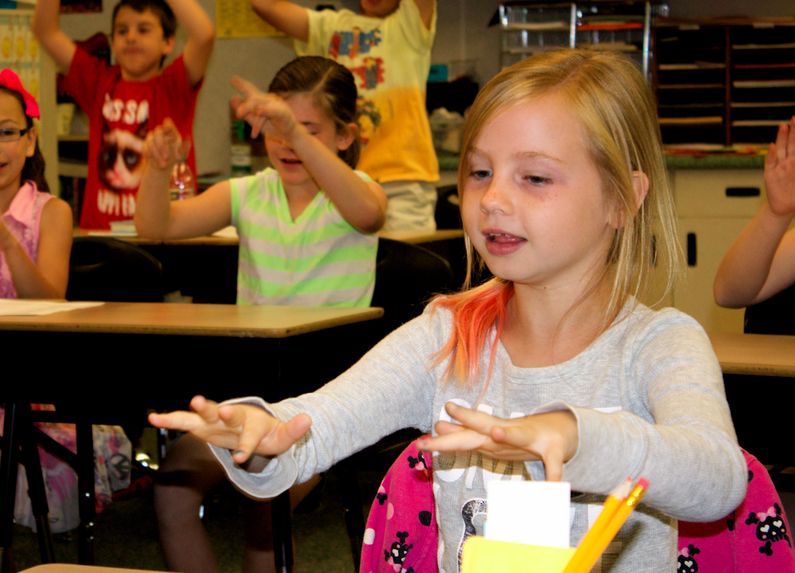 Although she was a former theater major, Kelleen claims she has little talent in the arts. Whether or not that is true, she says she doesn’t need much talent in order to integrate the arts in her class. She says she doesn’t have to do the painting, the choreographing, or the dancing. What she has to do is tie the artistic activity into the fourth grade curriculum and provide the opportunity and support her students’ needs to create something.
One of the ways Kelleen integrates the arts with her students is to work with masterpieces available through the National Gallery of Art loan program. She displays one work of art every week or as an introduction to a lesson. After she allows the students a few minutes to look at the art, she has every student tell the class one item they noticed. After every student has had a turn, she has them go again. This is when they really begin to notice things.
The skills in observation honed during this short and simple exercise help the students with their writing, reading, and art, and the students love it. 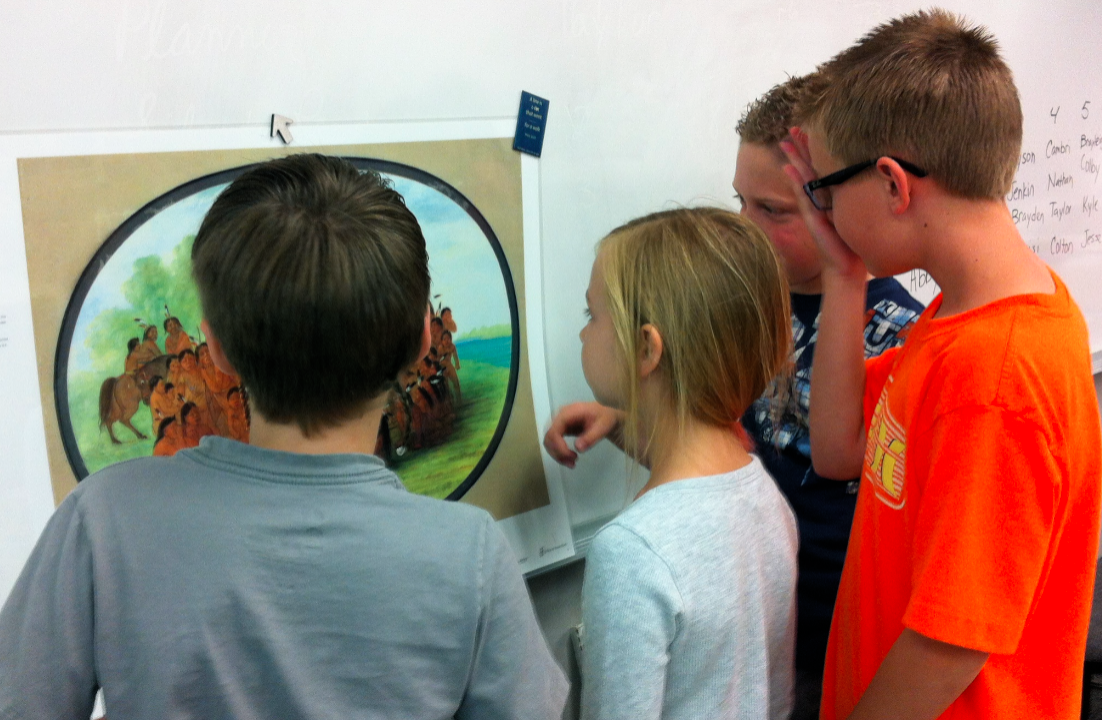 Kelleen also incorporates dance, drama, and music. For one dance and science lesson, she has the students choreograph and dance the water cycle as she reads a poem describing it. While students do this activity, they internalize the process as they come up with movements, express them while practicing together, and perform them for their classmates. 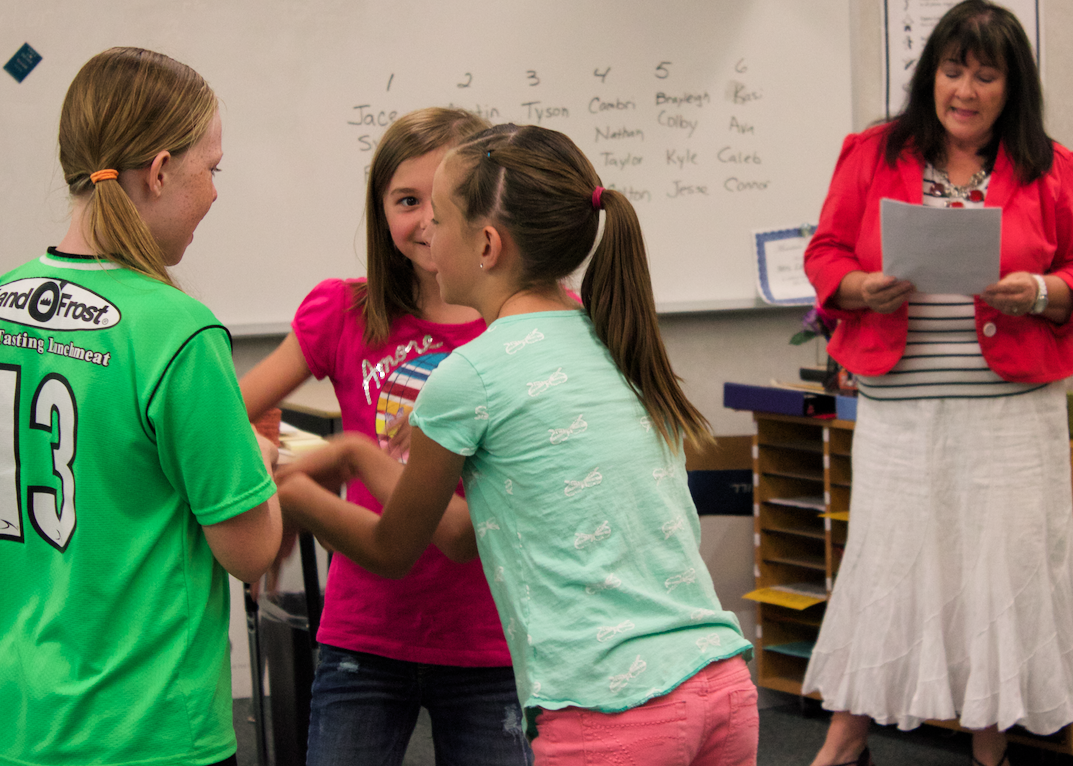 At the same time they practice the skill of collaboration, which is a very practical skill. They work together to choreograph, perform, and act as a respectful audience while other groups perform. Collaboration and social skills gained in this process may be just as important as the understanding gained about the water cycle. 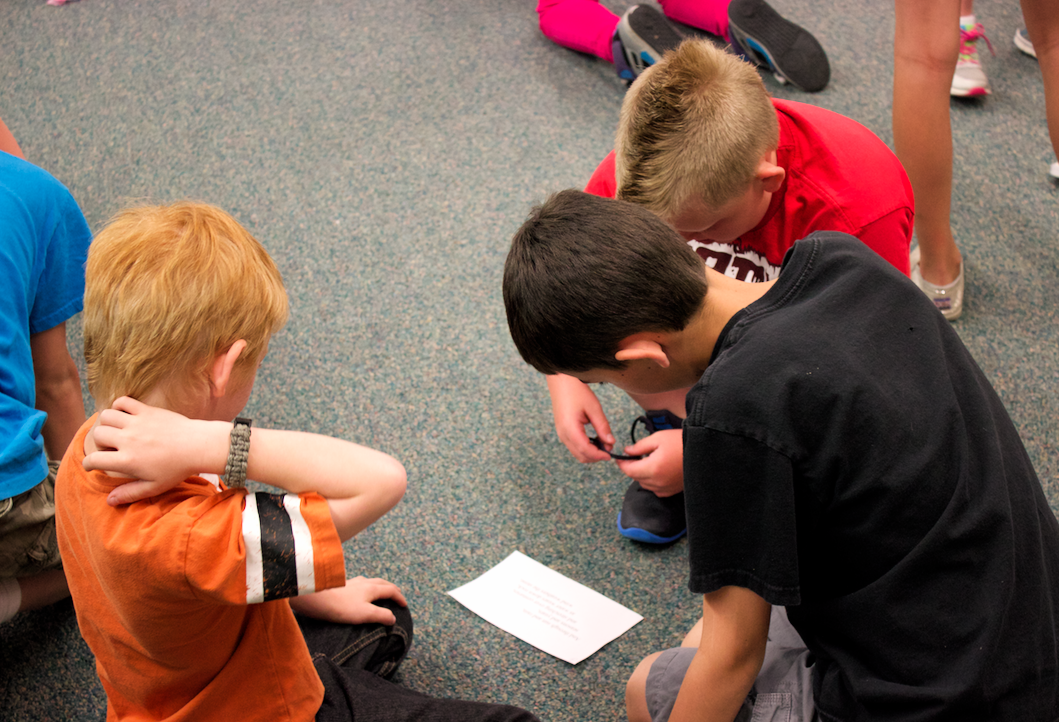 Another arts integration activity Kelleen did with her class last year involved weathering and erosion. After testing at the end of the year, one of her students came up to her and said something to the effect of, “Mrs. Leslie, I couldn’t remember the difference between weathering and erosion, and then I did the dance we did in my head and remembered exactly what it was.” The lesson gave her quick access to the information she needed when she needed it.
Success!

Kelleen says she owes a lot of where she is today as a teacher who integrates the arts to the support of her principals. It was her first principal who signed her up for Arts Academy and the same principal who encouraged her to apply to the National Gallery of Art Teacher Institute.  In addition, her current principal encourages her to use the arts because it’s “her.” He looks to her for ideas for things the school should do to integrate the arts to improve student learning. 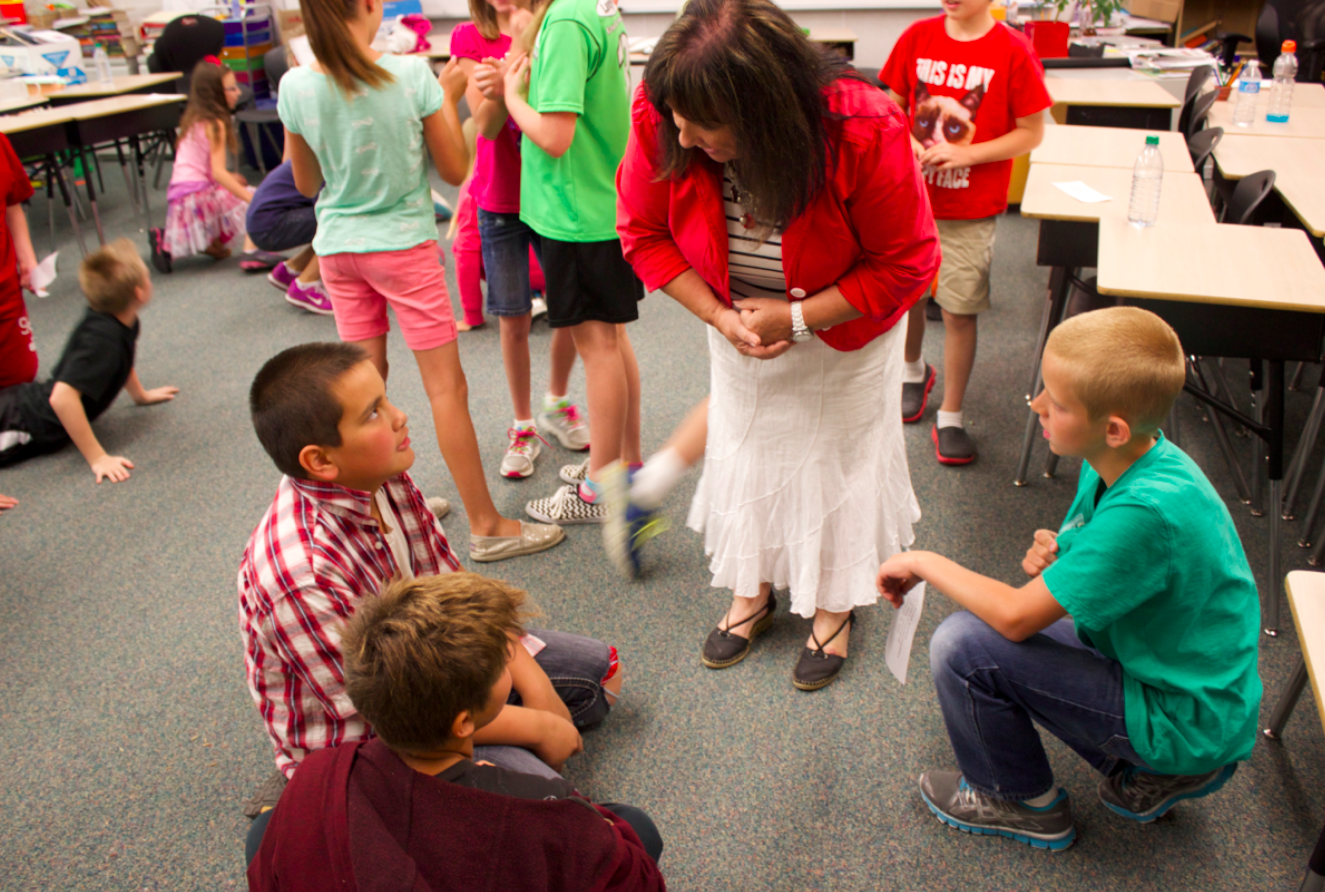 When I asked Kelleen if her students were successful, she said “Yes.” She said her students love being in school, are creative, are self-directed learners, learn about themselves, have self-esteem, and learn math, science, social studies, and language arts through means other than packets and worksheets. One mother came back to visit when her daughter was in high school, years after having Kelleen for a teacher. She said to Kelleen, “my daughter was at a time in her life when she really needed a teacher like you.” Kelleen knew she created a positive school environment where kids like to learn and grow.
For one student in particular the presence of the arts in his school day made a significant difference. This student was on a first grade reading and math level while in her fourth grade class and had a learning disability Kelleen believed would prevent him from catching up with the other students during his years in school. When he did the arts; however, “He became an equal with all the other fourth graders,” and Kelleen “saw him just shine.” The increase in his confidence was noticeable, and Kelleen credits her integration of the arts.
Kelleen gets ready in the morning looking forward to being in her classroom, teaching her kids. She sees the difference in the learning and developmental experience her students have in her classroom where the arts are present compared to the classrooms where testing is the overwhelming focus. The feeling is happy and the students are confident. They are learning and growing together while working hard and enjoying school.